This is Sprout Pediatric Dentistry

Our practice is based on the belief that our patients’
needs are of the utmost importance. 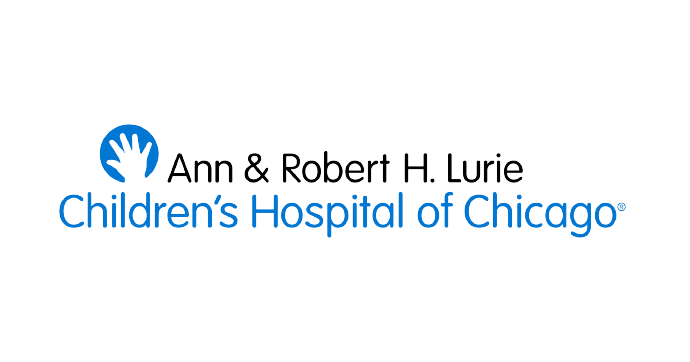 We warmly welcome all of our new patients to our practice. We aim to have a highly specialized pediatric dental practice to deliver optimal preventative and restorative dental work to all patients, in a setting that is psychologically rewarding and one of a kind. We seek to provide a dental home for our patients, focusing on preventative strategies to limit high risk habits, leading to lower rates of caries. 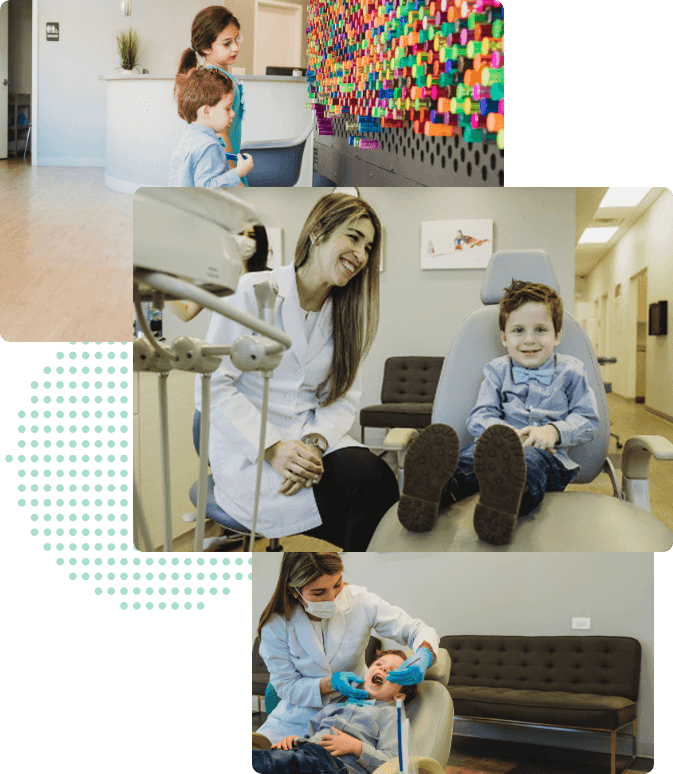 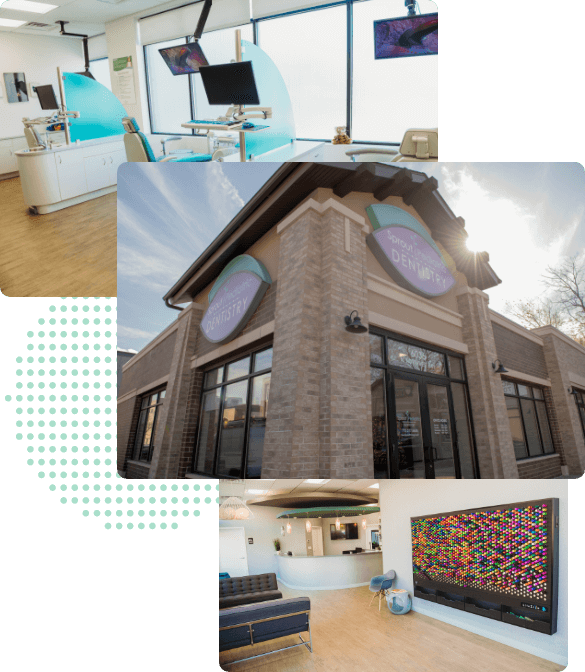 Ready to Get Started?

Our Patient Most Valuable Words

This is a great pediatric dental facility!! Always have a great, smooth experience at Sprout. The entire staff is welcoming, warm, and professional especially during this pandemic the office is run very neatly, clean, smooth, and efficiently... nothing but a great experience the entire team was great and the dentist did a great job explaining everything We Love Sprout!
Laura G.Yelp
We have being going to Sprout Pediatric for 4 years now. You will not find a better place for your children to feel the most comfortable at a dentist office. Dr. Johnny and his staff are truly the best! My children love to go to the dentist office because of Sprout Pediatric! The office is very clean and the equipment is top quality. We look forward to our visits because we are in the best hands.
Amanda H.Yelp
I can't thank the Doctors and staff enough for all they do to ensure my children are happy, feeling safe and comfortable during their cleanings. They walk them through each step and are so patient and kind!! I was so pleasantly surprised at how well my children did on their own. Thank you everyone for making this experience great during such a weird time!!
Christina D.Yelp
I loved our experience here! The office had excellent safety measures put in place that made me feel like myself and my child were safe and in good hands. I appreciate that there was no up- charge for all the extra PPE equipment that the office needed to use. I can't recommend this pediatric dentist office enough!
Jenna K.Yelp
I've been bringing my kids here for years and they absolutely love it. The lobby has toys and activities for the kids and coffee for the parents. The space is very clean and the staff are super friendly. There is even seating space inside where your kids teeth are being cleaned. My kids love coming to the dentist now!
Claudia M.Yelp
Dr. Kuttab is AMAZING!!! I went to 3 different dentist offices for my son and had horrible experiences!!! I finally found Dr. Kuttab's office and I couldn't be any happier! He is so patient/amazing with children! He did a dental surgery on my 6 year old son and did an amazing job! My son isn't scared about going to the dentist anymore because of him and his staff!
Natalie M.Yelp
Sprout Pediatric Dentistry

Dr Johnny Kuttab is a Diplomate of the American Board of Pediatric Dentistry and a Fellow of the American Academy of Pediatric Dentistry.  He has been practicing in Chicago since 2008.
He grew up in Hoffman Estates, an avid athlete and sports fan, idolizing legends such as Michael Jordan, Andrea Agassi, Mark Grace and numerous others!
He completed his baccalaureate studies and his Doctor of Dental Surgery (D.D.S.) degree in the combined, expedited GPPA program at the University of Illinois-Chicago in 2008. In 2010, he concluded his 2 yr pediatric dental residency as chief resident at Northwestern University/Ann and Robert H Lurie Children’s Hospital of Chicago.   A teacher at heart, he remained in academics for several years as an attending within the Division of Pediatric Dentistry at Lurie Childrens, while also founding Brightsmiles Pediatric Dentistry, Sprout Pediatric Dentistry, and Pediatric Dental Surgical Associates.
A member of the American Academy of Pediatric Dentistry, Illinois Society of Pediatric Dentists, the Chicago Dental Society, and the American Board of Pediatric Dentistry, he is especially passionate about hospital based dentistry, special needs, trauma, and the behavior management of children.  He is on staff with surgical privileges at Ann and Robert H. Lurie Children’s Hospital of Chicago and Advocate Children’s Hospital/Lutheran General.
Married to Vera and with two children, Annelise and Abraham, he brings a family centered approach to practice and business.  As a parent himself, he applies a down to earth and logical method to pediatric dentistry, always trying to remain as conservative and preventative based as possible.  He strongly believes in early prevention as being the best intervention, and especially enjoys watching patients grow from infancy and beyond.  He is committed to the highest quality standards in our profession, ensuring all patients receive compassionate care, delivered in a modern and psychologically rewarding setting, using scientifically proven behavior management modalities, nitrous oxide, or general anesthesia as needed in an outpatient, ambulatory setting.
His purpose is to not only serve patients and families proudly, but also our community, while providing employees, doctors, and staff an enriching and rewarding, long term career.

Dr. Andreina Karamchandani (formerly Ramones) is a board certified pediatric dentist and a Diplomate of the American Board of Pediatric Dentistry. She is affiliated with and maintains privileges at the Department of Surgery Division of Dentistry of the Ann & Robert H. Lurie Children’s Hospital of Chicago.

Dr. Dre, as most of her patients know her, is originally from Boca Raton, Florida and obtained her bachelor’s degree in Molecular Biology and Microbiology from the University of Central Florida. She earned her DMD in 2011 from the Arizona School of Dentistry and Oral Health and continued her training with a one year residency program in Advanced Education in General Dentistry. During this time, and for two years following, she explored all areas of dentistry including general, cosmetic, orthodontics, periodontal therapy, implants, and endodontics. She went on to pursue her passion in pediatric dentistry at the hospital based residency program of Ann & Robert H. Lurie Children’s Hospital of Chicago. Here, she served as chief resident and obtained specialty training with medically complex patients, dental emergencies and traumas, and focused heavily on general anesthesia cases.

Throughout her career, Dr. Dre has traveled around the country and world to provide dental care to underserved individuals and communities through diverse public health dentistry. She’s worked with mobile dental programs to care for patients in long-term care facilities, Head Start programs, Women, Infants, and Children affiliate centers, and several other non-profit and social service organizations.

Dr. Dre believes that good pediatric dentistry requires patience, empathy, and the understanding that each patient has their own individual needs. She strives every day to embody these characteristics and to create the best experience for her patients and their families. She’s fluent in Spanish and English, and enjoys traveling, staying active, and spending time with her family, friends, and dog Gladys Knight.

Dr. Claire Sheehan was born and raised in the Chicago land area. She attended Illinois Wesleyan University and while there she played on the Women’s Basketball team. During her senior year she was named to the NCAA Division III Coach’s All-America team. Dr. Sheehan then continued her education at the University of Illinois at Chicago, where she received her Doctor of Dental Surgery degree. She received the Delta Dental Plan of Illinois Outstanding Dental Student Award and was voted into the Sigma Chapter of Omicron Kappa Upsilon for exemplary scholarship and character. After dental school, Dr. Sheehan completed a one-year General Practice Residency at Advocate Illinois Masonic in Chicago, Illinois. She then worked as a general dentist in the Chicago suburbs before following her passion to work with children and specialize in pediatric dentistry. Dr. Claire completed her pediatric dental training at Ann & Robert H. Lurie Children’s Hospital of Chicago in 2017.

Our philosophies and treatment objectives are almost identical, yet our behavior management skill sets are unique to each of us. We hope to not only set the standards in pediatric dentistry, but to also exceed them!

Dr. Reema Patel was born and raised in Baltimore, Maryland. She successfully completed the 6-year Accelerated Scholar’s Program at Case Western Reserve University in Cleveland, Ohio. There she obtained her undergraduate education and Doctor of Dental Medicine degree.

After graduation, Dr. Reema moved to Chicago to complete a one-year General Practice Residency at Advocate Illinois Masonic where she had extensive training with special needs and medically compromised patients. While practicing general dentistry for three years, her desire and interest to continue to work with children led her to specialize in pediatric dentistry. Dr. Reema completed her pediatric dental training at Ann & Robert H. Lurie Children’s Hospital of Chicago in 2018.

Her ultimate mission is to educate both parents and children on preventive dental care. She recognizes that each child has different needs and is committed to providing the highest quality of dental care to her patients in a fun and enjoyable environment. When Dr Reema is not in the office, she enjoys being outdoors, traveling, and spending time with her husband and daughter. She looks forward to meeting you and serving the local community!

Dr. Amelia Angelo-Ori, a Park Ridge, Illinois native, is thrilled to be working locally where many of her friends and large family reside. Helping others in her community is something that brings her a great sense of pride.

After working several years as a dental hygienist, Dr. Amelia chose to further her education in the field, receiving her Doctor of Dental Medicine degree at Midwestern University, Illinois.  She was among the select few to be inducted into the National Dental Honor Society, Omicron Kappa Upsilon.

Dr. Amelia completed her pediatric dental residency at Lurie Children’s Hospital of Chicago/Northwestern University. There she served as Chief Pediatric Dental Resident treating medically compromised children and those with specific healthcare needs. Dr. Amelia provided emergency care for patients with dental traumas and served as a member of several multi-disciplinary teams such as; the craniofacial and the hematology/oncology teams.

Dr. Amelia is focused on individualized care by recognizing that each patient brings their own background, sensitivities and unique needs. She is dedicated to taking care of her patients as she would her own daughter, by creating a nurturing environment while providing dental care that is comfortable and safe. Dr. Amelia loves educating her patients and their parents on the importance of oral/systemic health and proper nutrition. She is looking forward to sharing her knowledge and skills.

Dr. Mark completed his Pediatric Residency at Ann & Robert H Lurie Children’s Hospital. During his residency, he expanded his skill set considerably and received extensive training working with special needs and medically compromised patients.  He frequently takes CE courses to stay up to date with the latest in prevention, minimally invasive and laser dentistry.

Dr. Mark strives to make every dental appointment a positive experience working with each child to ensure they’re as comfortable as possible. He pays special attention to ensure both the patient and parents are involved in creating a fun environment to learn about and improve their oral health.

Dr. Mark enjoys traveling, studying languages and exploring world cultures!  Dr. Mark grew up in Okinawa Japan, and would love to visit again someday however Chicago has been home for last 10 years. He is always finding new and exciting adventures in the city. He is excited to meet everyone at Sprout!